40 years of SCHURTER in the USA

In 1982, Bruno Schurter, grandson of the company's founder Heinrich Schurter, launched the distribution company SCHURTER Inc in California. He was a mere 30 years old at the time. Bruno Schurter had the chance to live the "American Dream", as he himself says today. Let's take a look back at this dream.

A radio was it. More accurately, a Japanese Hitachi transistor radio. Small, mobile and equipped with a headphone output. At the beginning of the 1960s, the object of desire was on display in an electrical store at the end of Werkhofstrasse in Lucerne. The same street where the SCHURTER headquarters are still located today.

This marvel of technology is what it was supposed to be. Saving money and many hours of work in the parental business made it possible for the boy to acquire the much longed for device. At night, he would lie in bed with a feeling of wanderlust, headphones on, and listen with particular pleasure to the long-wave station "France Inter": Johnny Hallyday, Sylvie Vartan and what they were all called.

But it wasn't really the technology itself that gave rise to his passion for electronics. Much more also the international orientation, attractiveness of the design. In short: how such innovative and miniaturized products could be marketed internationally even back then. What a transistor was and how it worked was secondary to him at the time.

Off to the New World

After successfully completing his high school diploma in Lucerne, Bruno moved to St. Gallen to attend the HSG (University of St. Gallen), a first-rate business university. He also cleared this hurdle. After a two-year excursion to the elevator manufacturer Schindler AG in a controlling function, his entry into the family business was preordained. But Bruno was impressed by the insight he gained at Schindler into an already globally active group with highly modern management structures. He got an appetite for more.

But what exactly to do? His older brother Hans-Rudolf was standing ready to succeed his father at the company's headquarters in Lucerne. The time was not yet ripe for Asia. Business with the New World had been set up in the USA initially. However, in order to achieve a sustainable breakthrough, a joint venture was to be set up with the US partner. The basic idea was that in the joint venture, the American partner Bob Wersen would be responsible for marketing and sales, while SCHURTER, under the direction of Bruno, would set up a small local assembly for fuseholders.

Wersen had a liking for high-quality European products. So it was time to get on the plane and head for the New World. Bruno Schurter landed in San Francisco on his 29th birthday.

On the very first day of work, Wersen took him by the arms, heading for a broadcasting trade show in Las Vegas right on the day of the first landing of the space shuttle "Columbia" at Edwards Air Force Base in California. (Bruno Schurter was also to witness the first crash of a space shuttle live on TV at the same fair). Schurter, an economist, was to sell Wersen's products to the radio and television professionals. The whole range, in fact. This was not how Bruno Schurter had imagined the deal. It was supposed to be a joint venture with production, but now he was sales manager for a large number of third-party products. The breach with Wersen came very quickly.

But Bruno Schurter was lucky in his misfortune. He was in the right place at the right time. Silicon Valley, the southern part of the San Francisco Bay Area, was in full bloom. In the 1960s and 1970s, the first high-tech companies settled in the immediate neighborhood of Stanford University. Primarily test and measurement equipment as well as computer technology. Computers large and small fascinated Bruno. During his brief engagement with Wersen, the latter handed him an Apple II and told him to somehow put the thing into operation and see if anything could be done with it. Schurter knuckled down, got the "thing" working and calculating. The world was about to be computerized. And Bruno was right at the epicenter.

Founding of the company

So he took his luck into his own hands and founded SCHURTER Inc in 1982. A courageous step in a faraway country with its own rules of the game. For this reason, he read the Wall Street Journal every morning to gain a deeper understanding of the US economy. He wanted to be able to communicate at the same eye level with potential partners and customers. His initial team consisted of one person (Lori Petro) for order taking, one for logistics (Bill Cardoza) and himself. Sales responsibility fell to him. Plus about 100 other "jobs."

However, Bruno Schurter had underestimated one problem by choosing the West Coast for the company headquarters: the time difference of 9 hours. This made communication difficult. There was no Internet back then. And overseas phone calls were extremely expensive. Much had to be done in writing. By telex or by mail. "Snail mail," as he puts it.

Fortunately, the break with Wersen did not happen in bad faith. They found each other, and they found solutions for disentangling the diverging interests. Schurter was thus able to fall back on the existing clientele. Likewise, it was possible to keep many area representatives in line. These "reps" were commission agents, without whom one could not get anywhere in a giant country like the USA at that time.

SCHURTER Inc grew and prospered splendidly, and additional employees could be hired within a very short time. In a business park in Petaluma, small additional building units had to be purchased again and again for the upcoming expansion steps. In the end, there were three or four of them. Work in the maze-like premises, it gradually became cumbersome. Schurter envisioned an efficient new building on a vacant lot ("field of dreams"). And he did it. He fully paid back the construction loan from the parent company in Lucerne, plus interest, within two years.

How is that possible? Computerization. Global and total. Everyone wanted a computer. Everyone needed one. Back then, there were tens of computer manufacturers that everyone knew about. Today, only a few remember them. Almost all of them have disappeared without a trace. Among them were big names.

This computer boom also attracted manufacturers of peripheral devices: printers, external drives, monitors. And all these manufacturers had one thing in common. They needed fuses and the corresponding fuseholders in their devices. Tons of them. And it was precisely here that Bruno Schurter had the real trump card up his sleeve at the time: international certifications. The competition could not (yet) serve with this. They had really slept through it.

But this also got SCHURTER Inc into trouble at times. "The customer threatening to place an order" was a very realistic scenario.

The original goal of the joint venture with Wersen was to set up an own assembly operation. But this goal was never realized. In retrospect, Bruno Schurter now sees this as an oversight. More flexibility and greater independence would have been the consequences. He always had in mind an assembly production for fuseholders and power entry modules in his own "maquiladora" plant on the Mexican side of the border. However, the parent company in Lucerne had so many projects going on at the time that this production facility never materialized. A production of input systems was also envisaged at an early stage, but failed at the time for reasons of possible dispersion of resources. Now it is being realized with the project "Input Systems goes West".

When asked about his recipe for success, Bruno Schurter cites the fusion of Swiss qualities with those from the USA. Of course, hard work and a pinch of luck are part of it. But if you take the best of both worlds, something even more impressive comes out of it. One example would be that the Swiss are considered very reliable, but slow in decision-making. The US-Americans are completely opposite. Once they are convinced of something, they go full throttle. Somehow it will work out. If you combine reliability and decisiveness, you're ahead of the game.

The U.S. methods may often be highly efficient, but from a European's point of view they are sometimes excessively harsh: "Hire and fire" comes immediately. Bruno Schurter has always been very concerned about this point. Thinking and acting in the long term also gives employees a perspective. They feel they are in safe hands. Health and pension insurance are other elements that are taken for granted in Europe. In the USA, they are not. However, if US employees receive such elements, they appreciate them all the more. The issue of diversity, which is sometimes tackled half-heartedly in Europe, was never an issue for Bruno. Employees from all walks of life were expected to play significant roles in his teams.

Staff turnover at SCHURTER Inc was always extremely low. Employees stayed and remain for decades. With an almost frightening regularity, SCHURTER Inc wins the North Bay Business Journal's "Best Place to Work" award. So there must be something to his winning formula. 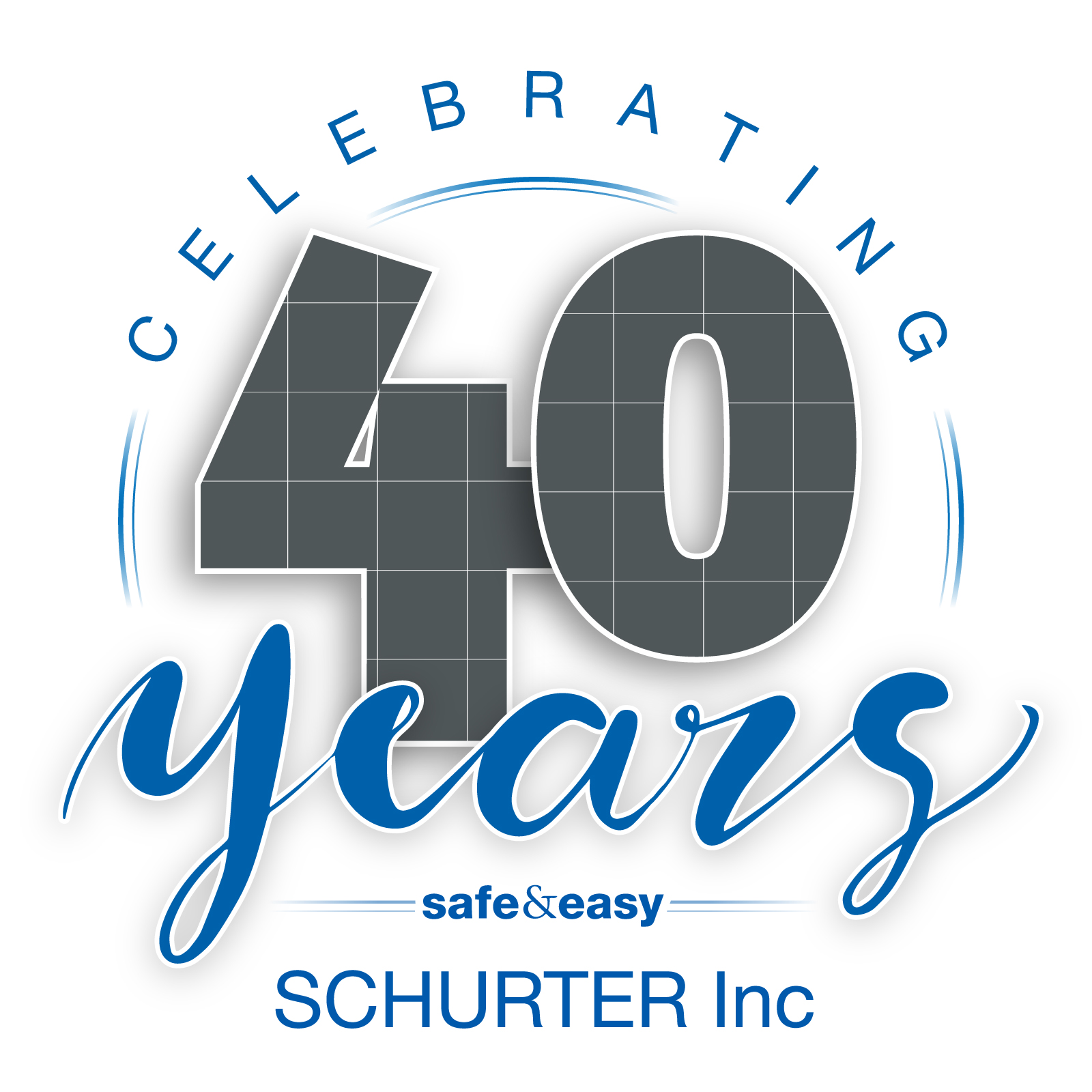 Successors In 2018, Bruno came back to Switzerland. He wanted to be closer to his family again. Before that, however, his successors had to be settled. His choice for CEO fell on Leonard Overholser, with whom he had worked for a long time and whom Bruno Schurter h...

In 2018, Bruno came back to Switzerland. He wanted to be closer to his family again. Before that, however, his successors had to be settled. His choice for CEO fell on Leonard Overholser, with whom he had worked for a long time and whom Bruno Schurter had hired personally just like Kevin Turner. Turner had previously advanced to the position of CEO of SCHURTER in Singapore on Bruno's recommendation.

Schurter handed over his seat on the SCHURTER Inc board of directors to Diane Cupples, an employee from the very first hours and a loyal companion for almost four decades. She is also responsible for marketing.

The regulations of the SCHURTER HOLDING AG Board of Directors do not spare Bruno either. At 70, it's over. He has to leave his seat on the Board of Directors. And he was celebrating his birthday at the beginning of this year. But he has no desire whatsoever to retire. It was only last year that he set up his own foundation. The purpose of the Bruno H. Schurter Foundation is to promote and support current and retired employees and relatives of Group companies worldwide. But that is another story ...

The SCHURTER Group is a globally successful Swiss family business. With our components ensuring the clean and safe supply of power, input systems for ease of use and sophisticated overall solutions, we impress our customers with agility and excellent product and service quality.