Tubing manufacturer NewAge Industries is now 100% owned by its employees through an ESOP (Employee Stock Ownership Plan). The ESOP is a retirement benefit that gives employee-owners a true stake in their futures. Ken Baker, CEO, sold portions of the business to the ESOP in three stages over the past thirteen years. September 2019 saw the completion of a decades-long plan to help ensure the continued success of the company and avoid a competitive buyout.

Southampton, PA — At a company-wide meeting held September 5, 2019, it became official: NewAge Industries is now entirely owned by its employees through its ESOP (Employee Stock Ownership Plan). The event was the culmination of a plan first considered by CEO Ken Baker more than two decades ago.

"I've had a lot of other business owners ask me, 'Why employee ownership? Why not just take the highest offer and walk away?' " said Baker. "And my response has always been, 'Because I don't want to see the company that my father started, and that we've worked so hard to build, get broken into pieces, or shuttered, or absorbed by some big conglomerate.' "

NewAge's ESOP was initiated in 2006 when Baker sold thirty percent of the company to its employees. Ten percent more was sold to the ESOP in 2013, and then another nine percent in 2016, bringing the total percentage of ESOP ownership to forty-nine percent. Since its inception, the share price has appreciated 975%. 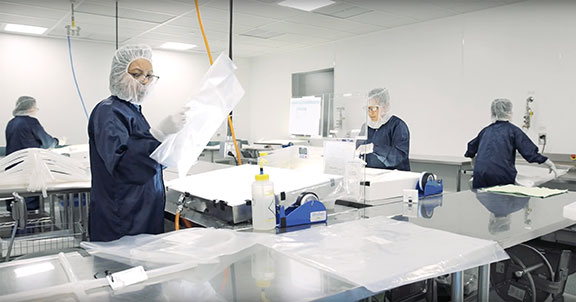 NewAge's employees now own one hundred percent of the company

"Many people have misconceptions about how an ESOP works. It doesn't cost the employees anything. It's overseen by a trustee, whose job it is to handle the ESOP's assets in the best interests of the employee-owners. The company receives tax benefits, which in turn benefits the ESOP. And, yes, the business owner can make a nice sum from the sale of the company's stock. Everybody wins," noted Baker.