mk North America, a leading designer and manufacturer of conveyor, and material handling systems, recently participated as an exhibitor in the 2017 Automate trade show at McCormick Place in Chicago, Illinois, which ran from April 3-6. The event was an opportunity for mk to highlig...

mk North America, a leading designer and manufacturer of conveyor, and material handling systems, recently participated as an exhibitor in the 2017 Automate trade show at McCormick Place in Chicago, Illinois, which ran from April 3-6.

The event was an opportunity for mk to highlight some of their newest and most versatile conveyor systems, including the SPU 2040 accumulating pallet recirculating system, which made its public debut at Automate.

The SPU 2040 offers feeding, buffering, positioning and separating of workpieces in the smallest possible space. The robustness and the variety of the various models allow it to be used in practically all areas of automation and material flow.

This recirculating system is a lower-cost, lower-complexity alternative to many other workpiece pallet systems currently on the market. View the full catalog for more information (link).

Other products mk North America displayed at Automate include recirculating belt conveyors from their GUF-P 2000 and KGF-P 2040 lines, backlit visual inspection conveyors, as well as over/under pallet conveyor systems from their VersaMove line.

The Automate show is organized by the Association for Advancing Automation (A3) and its trade associations, the Robotic Industries Association (RIA, of which mk North America is a member), the global association for vision and imaging (AIA), and the Motion Control & Motor Association (MCMA). Featuring the latest in cutting-edge robotics, vision, motion control, and related technologies, Automate attracts thousands of visitors from around the world looking for ways to enhance their processes, improve product quality, lower costs, and sharpen their competitive edge.

Originally founded in 1988, mk North America, Inc. first gained notoriety and recognition for its innovative Aluminum Framing System. As the needs of its valued customers continued to expand, the company was able to expand its product offerings at the same time and today produces a wide range of innovative, high-quality components and systems for manufacturing companies and machine builders. The company’s original Aluminum Framing System still serves as the base technology in all of the solutions mk brings to market. Today mk North America offers over 20 different Aluminum Conveyors, VersaMove pallet-handling system, CleanMove stainless steel conveyors, as well as the Aluminum Framing.

mk North America’s motto is: better products. better solutions. mk North America strives to deliver upon this motto with every solution and product provided – before, during and after the sale. 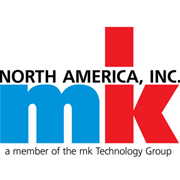