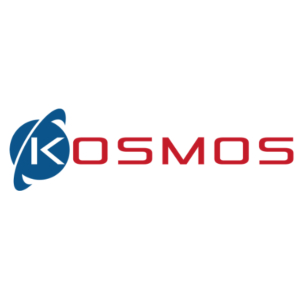 “Kubotek Kosmos is different from other CAD platforms in that it was built by Kubotek from the ground up to fully support 3D data from every CAD platform,” said Ram Eswaran, CTO of Kubotek3D. “Databases like CATIA CGM, Parasolid (NX, SolidWorks), and Spatial ACIS each use a unique data structure to define complex surfaces. Moving those surfaces from one of those structures to another forces a conversion and potential loss of data. The Kosmos framework includes all of those data structures to prevent loss of data.”

The new Kosmos framework includes the reintroduction of the Kosmos Core Modeler (KCM(R)) geometric modeling module. KCM provides specialized modeling, model interrogation, and basic solid/surface modeling technology. It has been designed with full support for incoming models built at different precision to operate as first-class entities to simplify application coding. It is platform independent - supporting development of CAD programs on all significant operating systems. Another unique advantage of the Kubotek Kosmos framework is a 100% mutex-free multi-threaded architecture. This allows programs built on the framework to take full advantage of multiple processors.

“The Kubotek Kosmos framework is the latest example of Kubotek’s commitment to enabling productive creation and collaboration, efficient re-use, and precise communication of product definition data throughout the modern design and manufacturing world,” stated Tetsuo Kubo, CEO of Kubotek Corporation. “I am hopeful that the Kubotek Kosmos framework can help unite the engineering world.”

According to Ed Freniere, President at Lambda Research Corporation and one of Kubotek’s first KCM customers, the modeler is a critical tool for his business: “The requirements of optics are demanding. We require tighter design tolerances than most other forms of mechanical design. We may not need as broad a range of features, but the ones that we do need must be extremely accurate to be successful.”

Freniere added: “The KCM modeler is the only credible new modeler introduced in this century. The others were created more than 20 years ago, and are showing their age. Kubotek offers an option superior to anything else on the market today.”