The e-book tells the history of Rotor Clip and its founder, Robert Slass, against the backdrop of US economic history during the decades following World War II. From Eisenhower’s approval of a super highway system to connect the country (and stimulate the economy during a rather nasty recession) in the 1950’s to the push to expand globally, the book traces Rotor Clip’s route to becoming a successful manufacturer in the retaining ring industry.

It is also an affirmation of American entrepreneurism, as a young Bob Slass rolled up his sleeves and did it all to grow the small manufacturing business he opened in Farmingdale, New York, in 1957. He designed and built the dies, repaired broken down machinery and manned all of the other operations needed to produce and ship his parts. 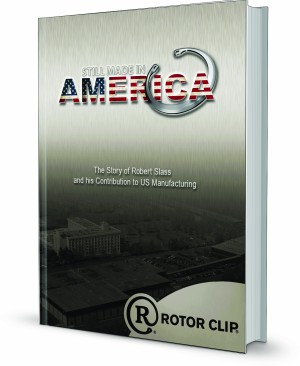 He was also his company’s sole salesman, driving around the country (often sleeping in his car and shaving in public rest rooms) introducing Rotor Clip to industrial America. One of his first calls was the Chevrolet Division in Cleveland, Ohio. “They made transmis...

He was also his company’s sole salesman, driving around the country (often sleeping in his car and shaving in public rest rooms) introducing Rotor Clip to industrial America. One of his first calls was the Chevrolet Division in Cleveland, Ohio.

“They made transmissions at this Chevy Division and were very glad to find another source for retaining rings,” Bob later recalled. According to the buyer, his current supplier’s work force had gone on strike cutting off deliveries of retaining rings.

“He told me, ‘Son, I couldn’t buy these rings for love of money,’” Bob said. “Then he shook my hand and gave me an order.”

The book also urges young people to consider manufacturing as a career. There are several sections entitled, “Manufacturing Career Focus,” describing the numerous professional careers available to young people in a typical American manufacturing facility. These range from technical positions to the “standard” jobs you would find in any business including sales, marketing, customer service, accounting and purchasing.

Rotor Clip is offering the eBook free of charge. They are asking for an optional donation to three scholarship award programs sponsored by the Association of Technology, Management and Applied Engineering (ATMAE). Rotor Clip is a member of ATMAE whose membership consists of college and university educators, administrators, students, and industry professionals dedicated to developing the technically savvy workforce American companies will need to compete globally in the future.

Download a free copy of the e-book at www.rotorclip.com/ebook 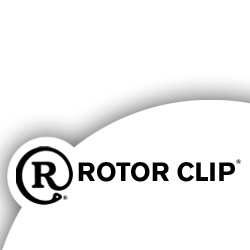