FLIR Systems is pleased to introduce UltraMax technology for its range of Tsc-Series handheld research and science cameras. With the new UltraMax feature, researchers will be able to further improve the resolution of native thermal images for even greater clarity and a higher level of temperature...

FLIR Systems is pleased to introduce UltraMax technology for its range of Tsc-Series handheld research and science cameras. With the new UltraMax feature, researchers will be able to further improve the resolution of native thermal images for even greater clarity and a higher level of temperature measurement accuracy.

Available on FLIR’s latest T430sc, T450sc, T630sc, and T650sc cameras, UltraMax is a form of FLIR’s patented DDE image enhancement technology which captures a series of thermal images in their original resolution in a rapid burst, which are then transformed via FLIR ResearchIR software into a single much higher definition UltraMax image with all radiometric data fully intact, ready for post-processing analysis and report generation.

“Accuracy and image resolution are vitally important in the world of research and development,” said Rickard Lindvall, FLIR Systems Vice President and General Manager of Instruments. “With the addition of UltraMax technology to FLIR’s Tsc-Series, researchers and scientists will be able to see more, get better results and work faster than ever before.”

Up to four times as many pixels

Using UltraMax, thermal images captured with a 640 x 480 resolution, T-Series thermal camera can be turned into an ultra-sharp image with up to 1280 x 960 pixels. Likewise, a 320 x 240 T-Series image can be converted to 640 x 480 pixels via the software and UltraMax algorithm. With up to four times more pixels covering the target area, UltraMax allows for more detailed analysis of smaller components. More pixels not only boost image quality, but they also improve the distance to spot size ratio for even greater measurement accuracy on small or distant objects.

Using the Tsc-Series camera in handheld mode, FLIR UltraMax instantly captures 16 thermal images and one visible light image simultaneously. These images are stored as a single radiometric JPEG file. The subtle movement of the camera allows the framing of each of the 16 images to be slightly shifted from each other. The extra pixels and data from the multiple images are then combined using ResearchIR to form the higher-resolution UltraMax image.

UltraMax functionality can also be combined with FLIR’s patented Multi-Spectral Dynamic Imaging (MSX®), which etches key details from the visible light image onto the thermal image. This helps users to see easily recognizable features such as numbers, labels, and texture onto live, stored, and UltraMax thermal images for easier orientation and locating. The end result is extraordinarily higher thermal image definition that researchers and scientists can put to new use for testing and developing innovative solutions.

To learn more about FLIR UltraMax on the Tsc-Series Research and Science cameras, please visit www.flir.com/science_research. 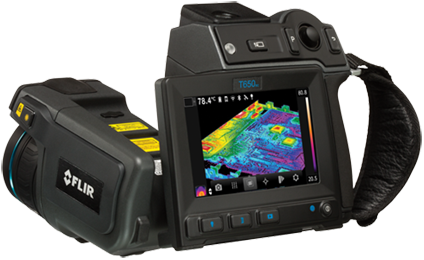